My recent trip to the Madinah Village in Commerce, GA

Posted on December 13, 2015 by LibertyWarrior

On Friday, December 11, 2015, I decided to take a trip out to the Madinah Village located just outside of Commerce, GA.  Infowars.com reporter Joe Biggs had recently been to a sister village near Hancock NY the previous week and was doing reports, so I thought I’d go take a look at our local village here.

First a little background…these villages are part of a group called, The Muslims of America (tmoamerica.org).

Thirty years ago, members of TMOA began to follow the Sufi doctrine of Islam, under the leadership of their spiritual guide, El Sheikh Syed Mubarik Ali Shah Gillani who came to America in the early 1980’s from Pakistan.

It goes on to state how upon arriving in America, he began to notice many natural born Muslim-Americans living in poor areas of major cities and decided to create small rural villages where they could all live together.

Again from their site:

They also produce their own newspaper called “The Islamic Post”  (islamicpostonline.com)

The village near Commerce GA is most definitely in a rural area off of hwy 326.  It is located at the very end of a long, winding dirt road.  As I drove down, I didn’t know what I expected to see but I finally came upon a street sign that said “MECCA TR PVT”  It was a strange place for a street sign as it didn’t really seem like there was much of a street there.  I stopped the car, backed up as close to the side of the road as I could.  There was a small house on the corner that I noticed, but didn’t think much about it.  I got out and snapped 2 pictures of the street sign.  I also noticed a larger building way at the end of that road so I snapped a couple of pictures of that too. 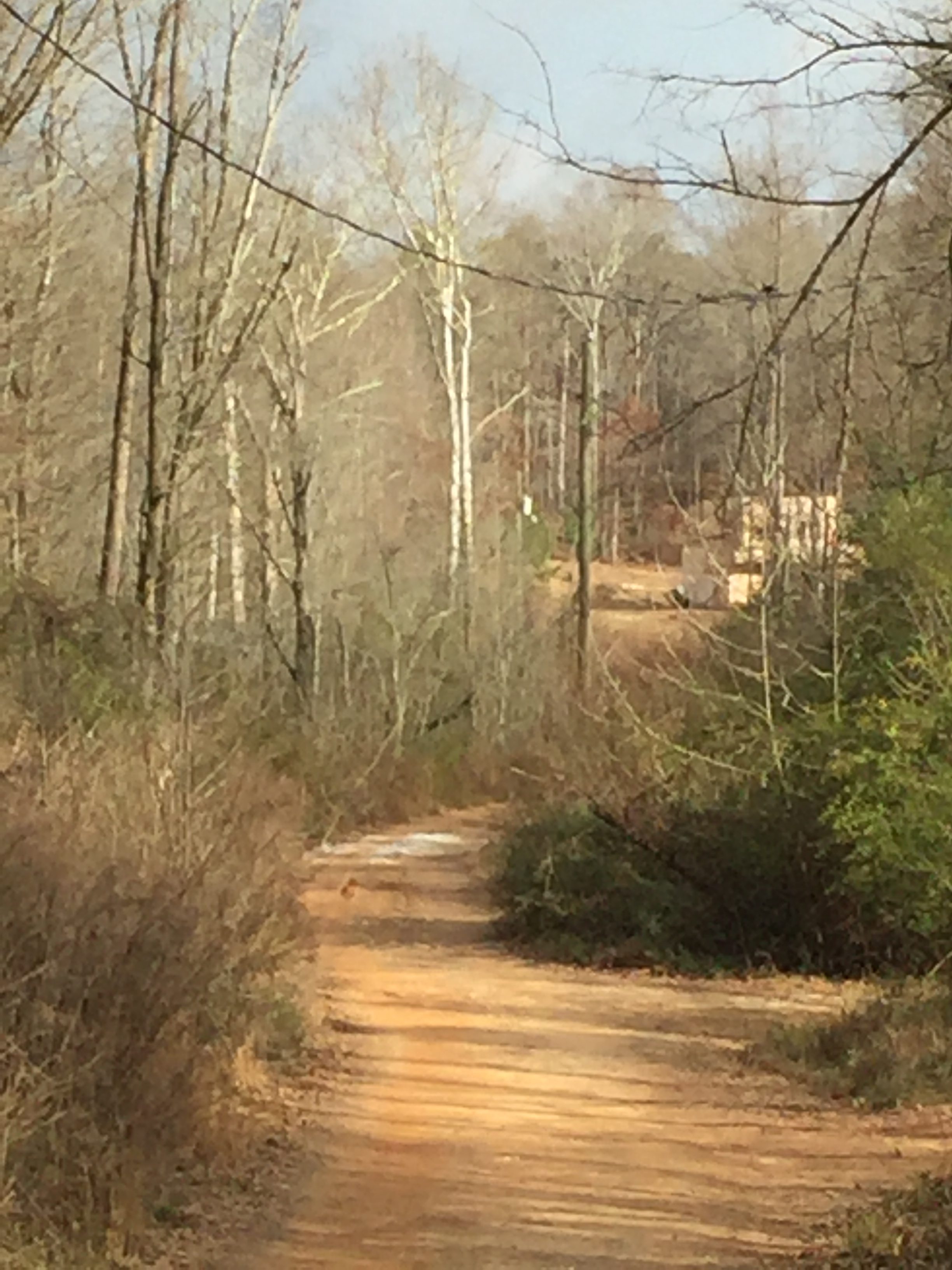 I got back in my car and continued driving.  About another 50 yards later on the right side was shabby looking gate that was open.  Just inside the gate were 2 plastic chairs, that were empty, and small mobile home and a road.  I didn’t get a great look, but I was driving pretty slowly.  Another 50  yards later, the road ended in a cul-de-sac.  I decided to stop my car, and collect my thoughts and figure out what I was going to do next.  I got out, leaned back inside my car to grab my phone and when I stood back up and shut my door, there was a large pickup truck rolling up.

The truck had both of its windows rolled down, and he stopped right next to me.  I hadn’t even had time to collect my thoughts yet, as he was right on me.  At first I thought it was just a car driving through, but when he stopped and asked me what I was doing there, I knew why he was asking.  He was definitely from the village.  So I’m not sure if he saw me driving thru, or if they had cameras outside or what.

I introduced myself to him and shook his hand and we had a less than smooth conversation.  Of course he wanted to know what I was doing there, and I told him I was about to have a cigarette…which was the truth.  He kinda laughed at that.  I knew what he wanted to know, and I knew he knew why I was there, but I wasn’t prepared to tell him yet.  He asked me where I was from, and not to be too open, I named the county in which I lived to which he replied, “You’re kinda far from home.”  So I finally told him that I knew about this place, and just wanted to come up and take a look for myself.

At that point, a second vehicle pulled up right behind me and asked me loudly, “Are you from Infowars?”  I started walking towards him and replied that no, I was not, but I do follow them.  He told me that he had seen the reports from the previous week, and thought they were interesting.  I think that perhaps he said they were scary, but I may not have heard him clearly as I was still 20 feet away or so, and the diesel truck next to me was pretty loud.

I also introduced myself to him and he said his name was “K”…might not be spelled that way, but that’s what I got.  At some point the other truck drove away, but I didn’t notice.  K and I talked for about 10 minutes, but he never got out of his vehicle.  He said he noticed me parked in front of his house and was concerned that I wasn’t taking pictures of his house and/or his kids.  I assured him that I did not, just of the street sign and the long road/driveway.  We talked some about the rumors of this village being a terrorist training facility and he assured me that nothing like that was going on out there.  They just try and keep to themselves and live a peaceful life.

We talked about the reports that Joe Biggs at put out the previous week, and told him that I meant to harm, but I just wanted to come and get an eye witness account to what I could see.  He understood, and talked about that there have been “crackpots” out there in the past who did mean to do harm, which I understood.  I also made sure to let him know, that I am concerned about my safety as well and he seemed to understand that point.

All in all, it was a very eye opening experience.  Can I say whether or not this place is a terrorist training site?  It didn’t appear so, but I only saw so much. Can I say it isn’t?  No, I cannot.  It might be, but I highly doubt it.

I was most shocked at how quickly the were on me though.  It makes me wonder as to how many times they do this? Do they follow everyone who drives past there?  Now keep in mind, that its probably not to often that people take a wrong turn and get lost back here, because for how rural it is, I find that unlikely.  So, I assume they know everyone who “should” be driving back there, so if they see an unknown car, their suspicions arise. I spend a lot of time in my garage on the edge of a cul-de-sac too, and I notice every car that drives past my house that doesn’t “belong”, but then again I’m not stopping all of them and asking what they are doing back there either.

Updated…Here is the video link from the report right after I left the village:

1 Response to My recent trip to the Madinah Village in Commerce, GA